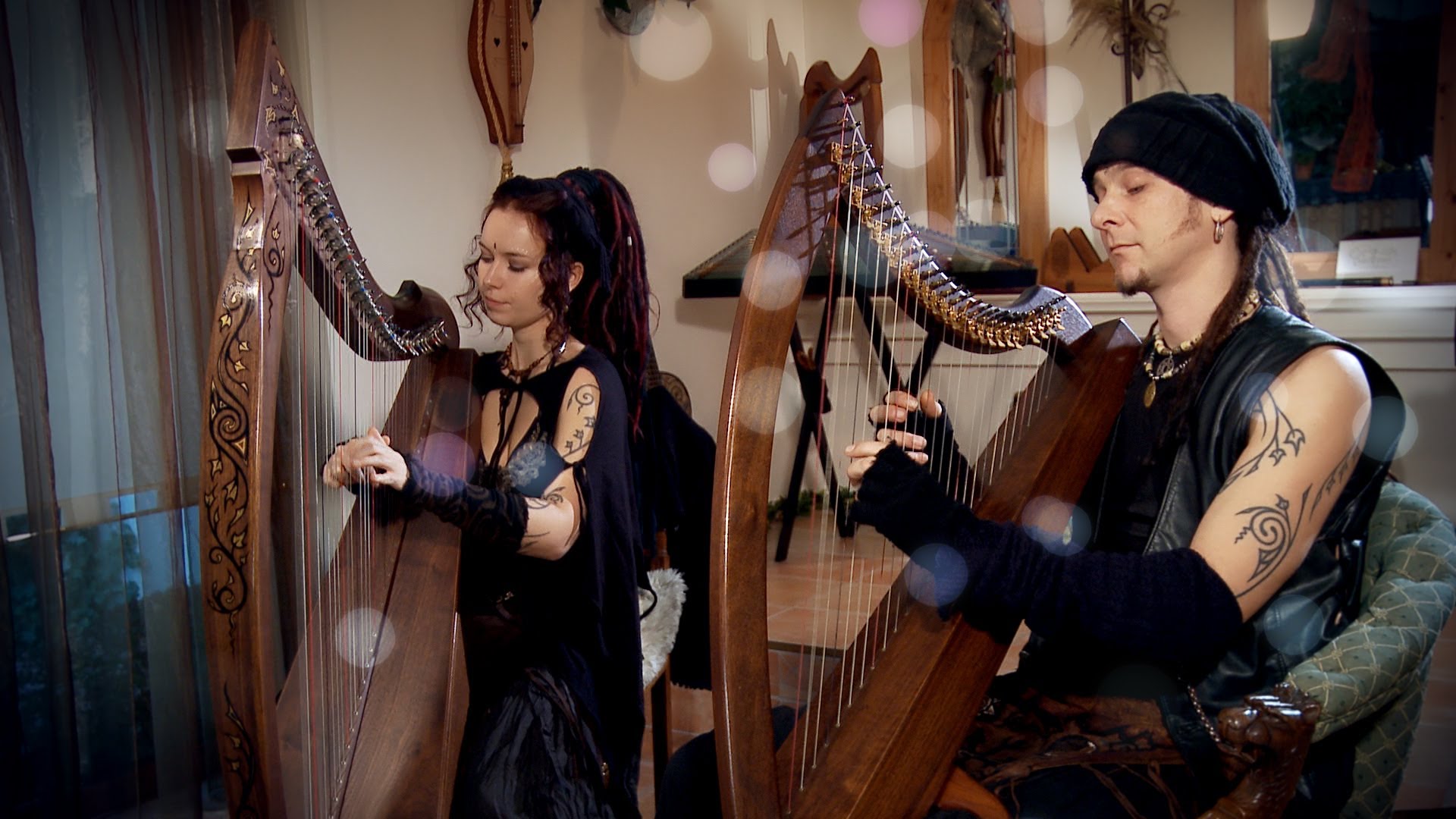 A very exclusive FULLY ACOUSTIC video of the entrancing traditional Swedish song “Gröne Lunden” as performed by Steve Sic and Jenny in their duo project “OMNIA-Poëtree” on two beautiful Celtic Harps. This song was recorded LIVE at Dreamharps (where they host their popular and very intimate Poëtree concerts). Many thanks to Ans & Hans van der Harten for letting us record the song there, you were really quiet!
Lyrics translation: “In yonder green field, two people are dancing, One of them was me, the other was you”
(You can find a recording of this song on the CD OMNIA “Musick and Poëtree”)
Harpgreetings Jenny & Steve Sic / OMNIA “Poëtree”