Can a Wiccan be a Christian? – Gavin and Yvonne’s Archive – Wicca.org 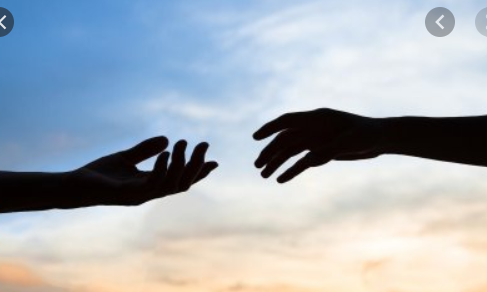 People frequently ask us whether a person can be simultaneously a Wiccan and a Christian. For many years we have taken the position that the two paths are incompatible. Now maybe it’s time to explore in greater depth why we hold that as a basic truth. Let’s start with a definition of each path.

Christianity is a dominator cult of the book. **

Wicca is a partnership religion of Nature.

The two descriptions may require some explanation.

Somewhere around 4,000 BCE partnership paths were swept away throughout the Middle East, to be replaced with a male-dominator paradigm. You can see this in many, many myths, such as Tiamat and Marduk, and Inanna and Dammuzi. In written history we have the highly touted Law Code of Hammurabi–of which 70 percent is devoted to defining suppression of women’s rights. We find a similar change in Greece, though somewhat later. A familiar illustration is that Homer’s love goddess in the 8th century BCE is Aphrodite. By about 450 BCE Plato’s (male) love god is Eros–son of Ares, god of war. Cupid, the Roman equivalent of Eros, was originally shown fully armed; still today he is depicted as wielding a bow and arrow designed to pierce the heart of young women.

This word may grate on Christian sensibilities; however, by dictionary definition a cult is any pseudo-religious group that worships a named anthropomorphic deity. Therefore Christianity is nothing more than a Jesus-cult. If a “Christian” wished to espouse the Wiccan spiritual path, the first thing they would have to do would be to give up worshipping a named anthropo-morphic figure. That is, they could no longer worship only Jesus the Christ–although Mary and Jesus might remain a part of their personal pantheon. So ipso facto, they would no longer be a Christian.

Another major stumbling block to being simultaneously Christian and Wiccan is the so-called “Holy” Bible, praised in some quarters as a complete guidebook for life. Wicca finds its guide to spirituality in Nature and natural ways. So to be a Wiccan, the seeker must dump the “Holy” Bible. That shouldn’t be too difficult, because the book contains so many unholy teachings. As an example, just look up the dozens of reasons for putting someone to death.

No juvenile should ever read this ancient mythical book of horrors without adult supervision. Case in point : In a debate one day Gavin got a fundamentalist minister to admit that he had thought the Song of Solomon was pornographic.***

In our definition of Wicca you may be surprised to see the word partnership. Because the male-dominator paradigm has been enforced for at least five millennia, many neophyte Wiccans in the past have leaned toward a female-dominator model. We hope they will come to recognize that this paradigm can be as destructive as the male one. We refer you to Riane Eisler‘s indispensable book “The Power of Partnership” for a discussion of partnership, and what partnership can mean, when contrasted with domination.

So we’re still looking for a Christian-Wiccan, though I don’t think we will ever find one.****
We readily acknowledge that our definition of a Christian tends to focus on the more fundamentalist type; and that currently some who call themselves Christian are not so dogmatic as our definition implies.

It is good for you to make a choice, to find a path:

Perhaps the biggest obstacle in our search is that some 40 percent of this nation’s population have no spiritual path or affiliation. (The modern unchurched) They do not regularly attend a house of worship or any celebration of nature-in-the-woods. That’s a vast number of people.

In our attempts to make the Craft visible to them, we fail to take into account the fact that as they espouse the Craft, they may unconsciously bring with them parts of the Christian paradigm. The part of that paradigm that really frosts our sensitive diaper area is the assumption: “If you don’t worship my cult figure my way, we can’t be friends”–or worse, “You are an idiotic subhuman devil-worshipper.”

This year in Florida the FPG (Florida Pagan Gathering — 2007) drew in elders and leaders from at least twelve different traditions of Wicca. We had a good time. No squabbles, no fights, no negativity, just a lot of hugs and good fun and catching up on each other’s news. We had all grown beyond the Christian paradigm. It was wonderful.

**There is a lot to unpack in this statement. Much of it relates to Yvonne’s experiences from her reporting of growing up in a mind-controlling Baptist group. Yvonne’s lens on the past is a little skewed and there is no telling if this is actually the truth. Please do not take offense as Yvonne works out her truth about religion, we are all Seeking.

***Yvonne’s hatred or, othering, of Christianity led to a lot of inflammatory language in their writings. While it is a valuable tool to respect their words, it is also a much more meaningful process to read what they have written through your lens. You do not have to abhor any one spiritual path to find comfort for your soul and your personal growth.

****Wiccans can celebrate the Christian pantheon. In a memorable, trusting conversation many years ago, a lovely person once said, “I’m a Wiccan who loves Jesus.” There is no harm in this. There is much more harm in hating an entire group of people or condemning them, even when their practices do not harm you.